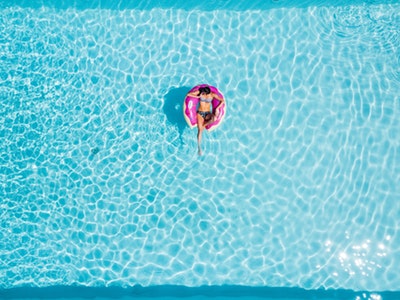 Saltwater pools are part of a trend that keeps growing and growing.

Now, three out of every four in-ground, residential pools are salt water pools.

Maybe you already have a salt water pool or are interested in installing one.  Did you know that you will still smell like chlorine afterwards though?

Not many people do.

Love your saltwater pool systems? Click here to learn which is fact or fiction.

1. There is No Chlorine in a Saltwater Pool

A lot of people actually believe that salt water pool systems have no chlorine in them.

If you don’t remember from chemistry class, electrolysis zaps salt water with electricity which mixes with the chlorine that is found in salt. (Salt is actually sodium chloride — NaCl on the periodic table.)

This process creates chlorine by using the salt chlorine generator instead of adding the chlorine in by using granules, tablets, or sticks.

The advantage of this is that the salt system doesn’t require as many other chemicals to help stabilize the chlorine. The chemicals are in the granules, tablets, and sticks which is harsher on the skin.

The only chlorine free pool would utilize bromine or Bacqucil. So you shouldn’t install a saltwater pool system into your backyard and then be surprised when you find out that there will be chlorine in the water.

2. Saltwater Is Better Than Chlorine Water

This really depends on who you ask. For most people, swimming in a salt water pool is better on their skin because the way the chlorine is put into the pool is less harsh.

Some people also say that their hair feels more manageable after swimming in a salt water pool. You also have less of a chance of experiencing redness or irritation in your eyes.

However, for some swimmers, their skin can still become irritated and dry. Their hair may still feel matted and gross because they are still technically swimming in chlorine.

It is really up to your personal preference. Before you decide which pool you want to install in your backyard, try swimming in a chlorine pool and then a saltwater pool to see which one feels better for you.

3.  Saltwater Pools Are Too Salty

You may be hesitant to swim in a saltwater pool because you may think that it will be as salty as the Atlantic Ocean or the Gulf of Mexico.

Although these systems use salt water to create chlorine, they still contain less than 10 percent the amount of saltwater that is found in sea water.

While it can vary for everyone as stated above, swimming in a salt water pool rather than seawater could be better for your skin too because there is less salt.

When you swim in the ocean, that salt water concentration is so high that it will draw water and moisture out of your skin.

But in a salt water pool, the concentration isn’t as high as it is in the ocean, so our skin actually absorbs some of the moisture which can be good for your skin.

Some people think that because the salt water pool system will make the chlorine, they may be easier or more affordable to keep and maintain their pool.

This isn’t true either.

Having a saltwater pool system helps with replacing the daily sanitation of the pool, like adding the chlorine tablets, sticks, or granules.

Just because your system will do this automatically, you still have to do other pool maintenance, like testing the pool’s pH, calcium, and alkalinity levels.  No matter which way you choose to sanitize your pool before, you will still need to test and adjust the levels in your pool or hire someone else to do it.

These pools also can actually end up costing you more to install and maintain.

According to consumers, if you add up all the costs over time, it can sometimes be more expensive to own a saltwater pool because they have to pay to maintain it, replace generator parts, and even buying the chlorine generator may all add up to some expensive costs later on down the road.

5. You Don’t Need Any Other Chemicals

Since the chlorine generator makes the chlorine for you, you may be under the impression that you won’t have to keep and store a bunch of chemicals to maintain your saltwater pool.

While you won’t need chlorine to sanitize the pool, you will still have to carry other chemicals to maintain it.

You’ll need chemicals and products such as shock products, muriatic acid, and some other chemicals to make sure that the chemical levels in the pool are correct.

Because salt water pools have a higher pH level, you will also need to put in more muriatic acid than you would for a chlorine pool.

Not only do you have to buy the extra chemicals, but you also have to purchase a lot of salt for your pool.

Saltwater pool systems are becoming more and more popular, but many people still don’t understand them.

Not much research on saltwater pools exist currently, and most of the claims we hear are from pool marketing companies and consumers.

However, a lot of people are starting to prefer saltwater pools. Some parents refuse to take their children to a non-saltwater pool because of how harsh the chlorine can be.

Do you have questions about how to maintain your saltwater pool? Do you think a saltwater pool sounds right for you and are interested in installing one?

Contact us if you have any questions or for a free quote. 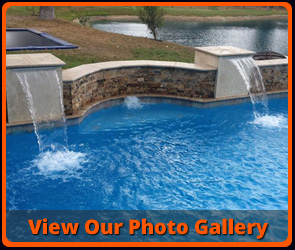 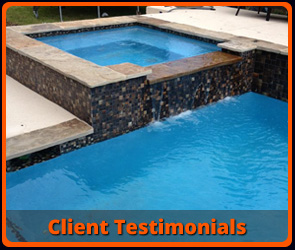